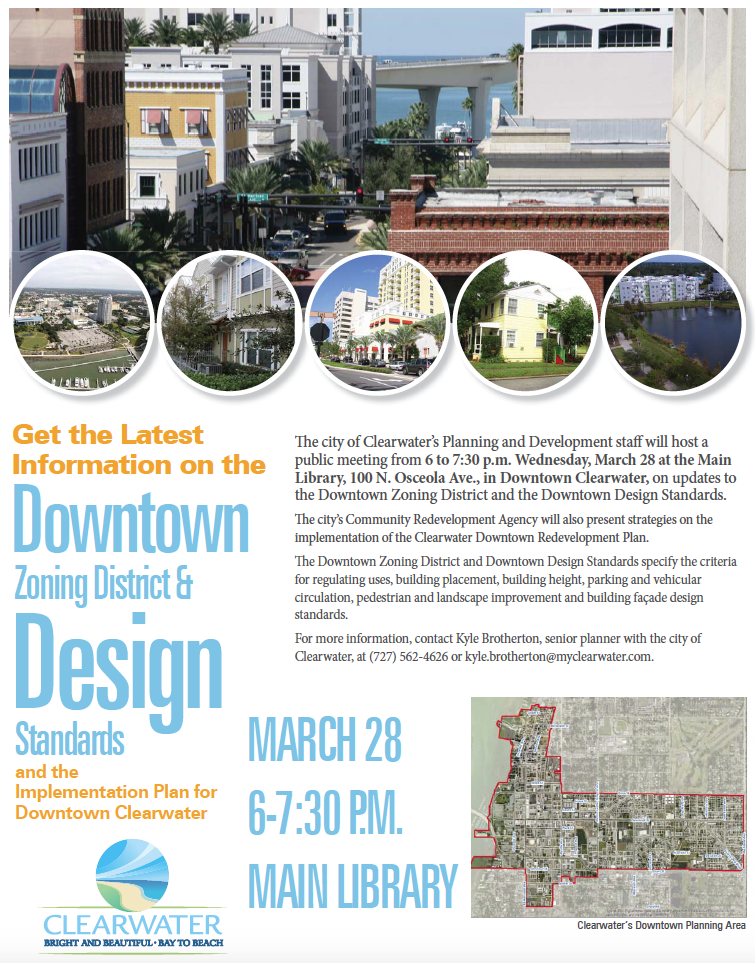 Did you know the Clearwater Marine Aquarium used to be called Sea-O-Rama? Come by the Beach Library Wednesday, March 7th at 5:30pm to hear the fascinating history of the Aquarium from it’s founder. 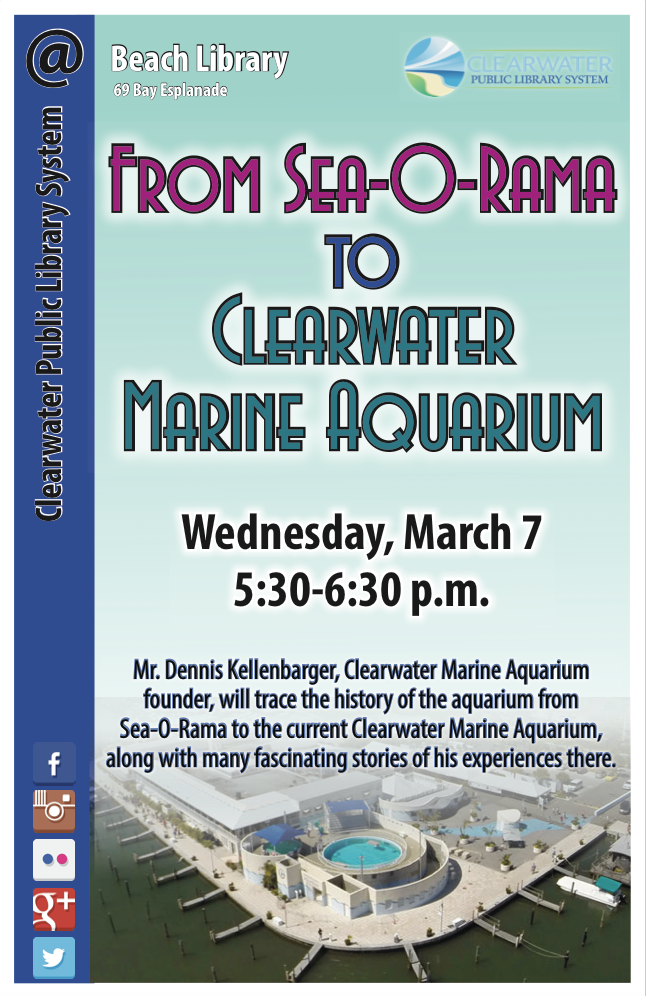 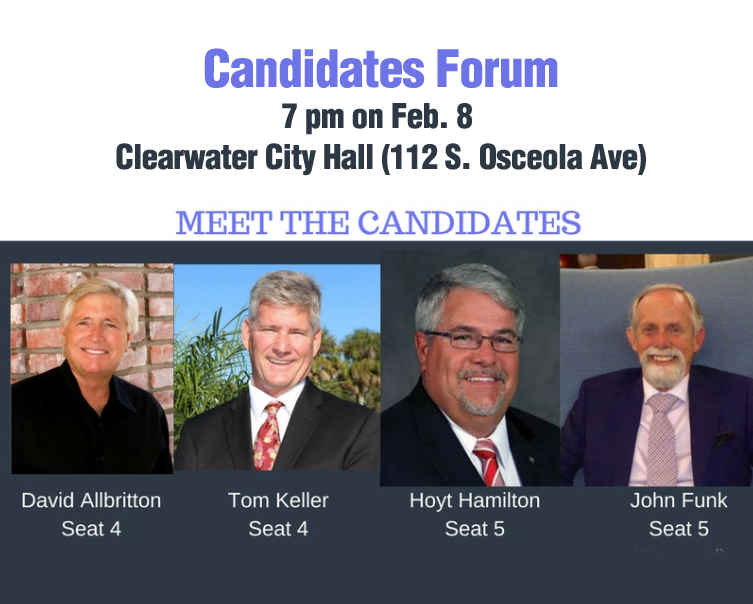 Residents can learn more about those running for City Council at a Candidates Forum scheduled for 7 p.m. on Feb. 8 at Clearwater City Hall, 112 S. Osceola Ave.The event will be broadcast live on C-View TV and will also be available via streaming video through Election Day at myclearwater.com.

For questions about Clearwater’s election, call the Official Records & Legislative Department at (727) 562-4090. To find out where to vote, visit the Pinellas County Supervisor of Elections Office at votepinellas.com. 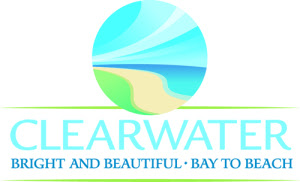 Clearwater Neighborhoods Coalition is having a Conference, February 10th from 1:00 – 4:00pm at the Downtown Main Library. 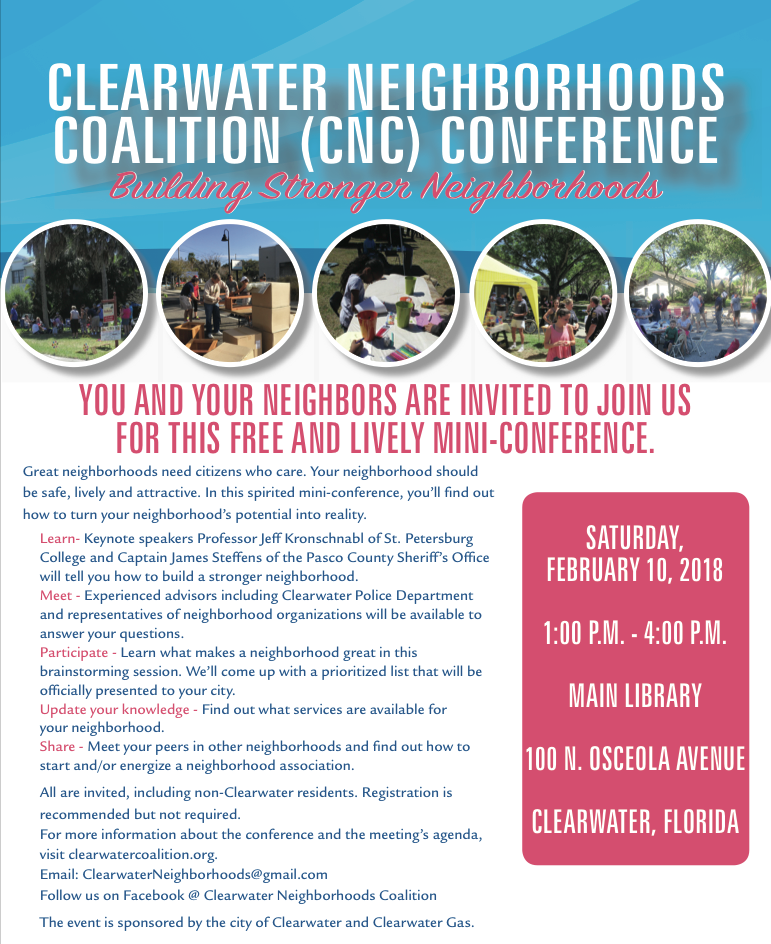 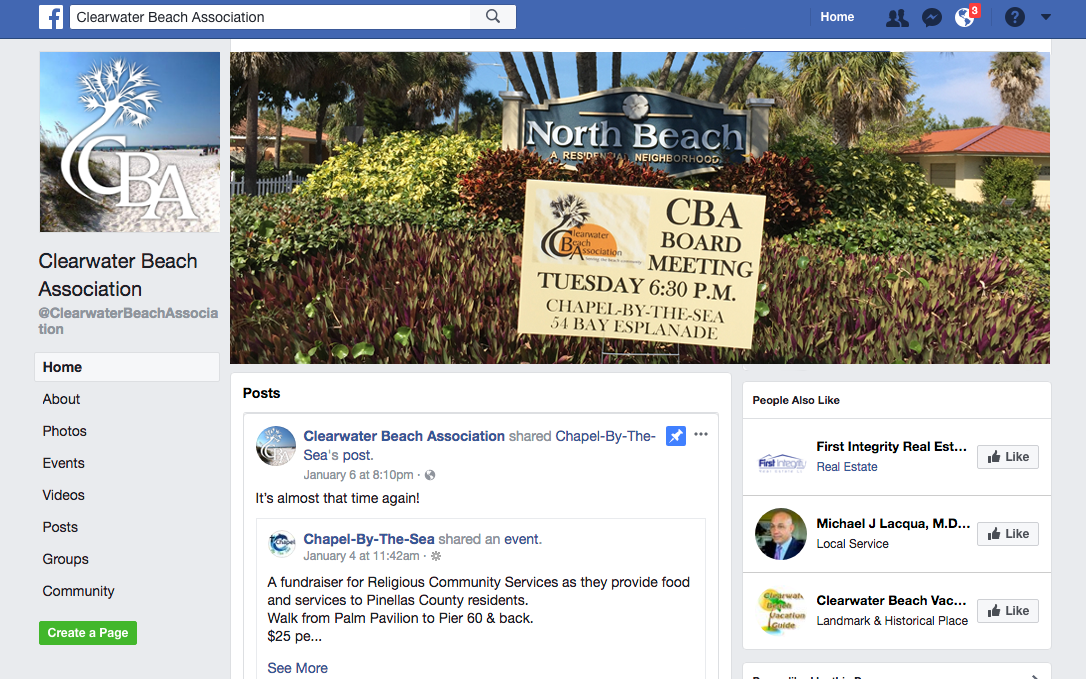 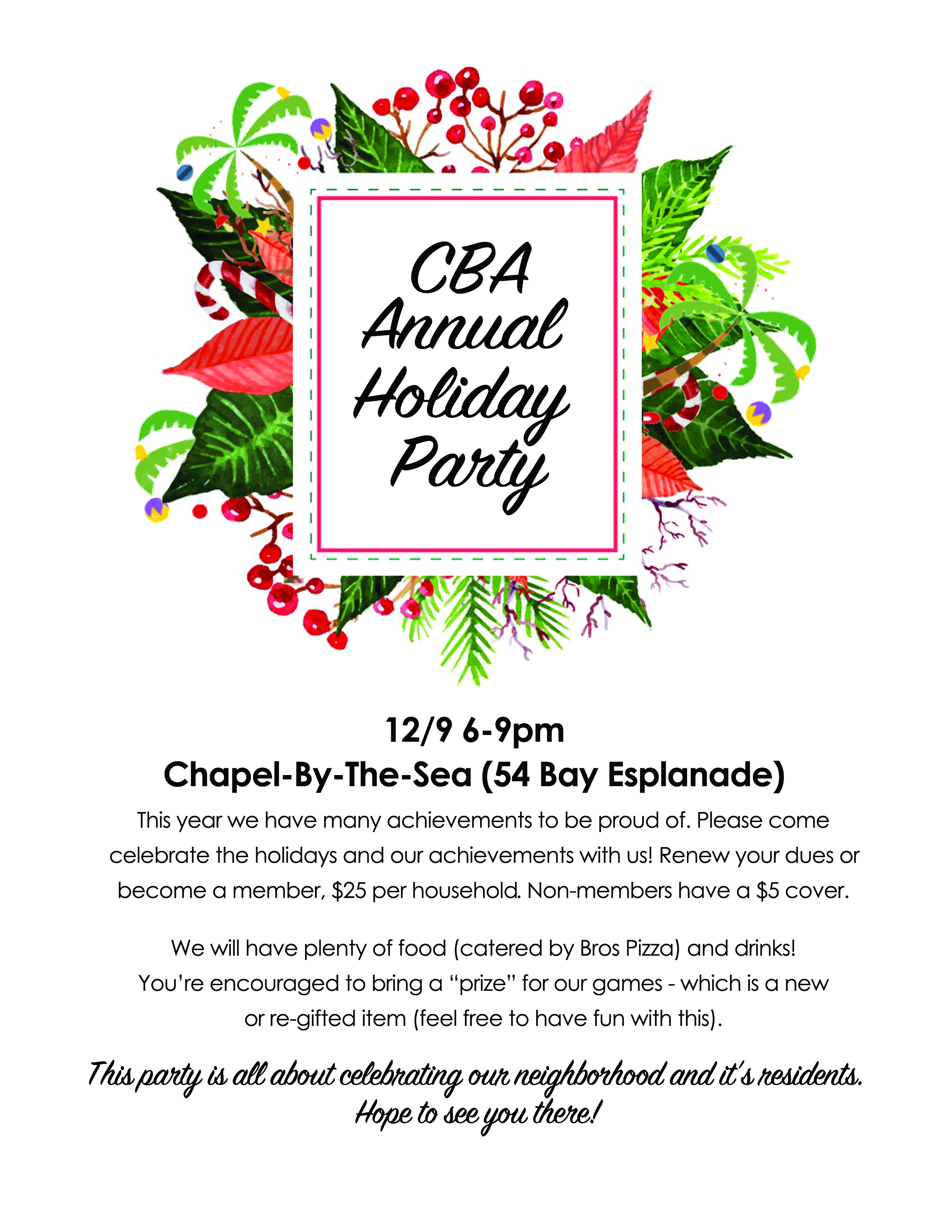 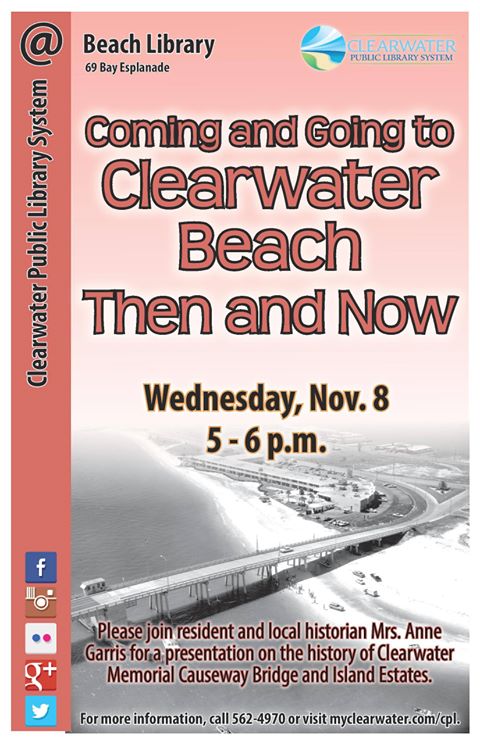 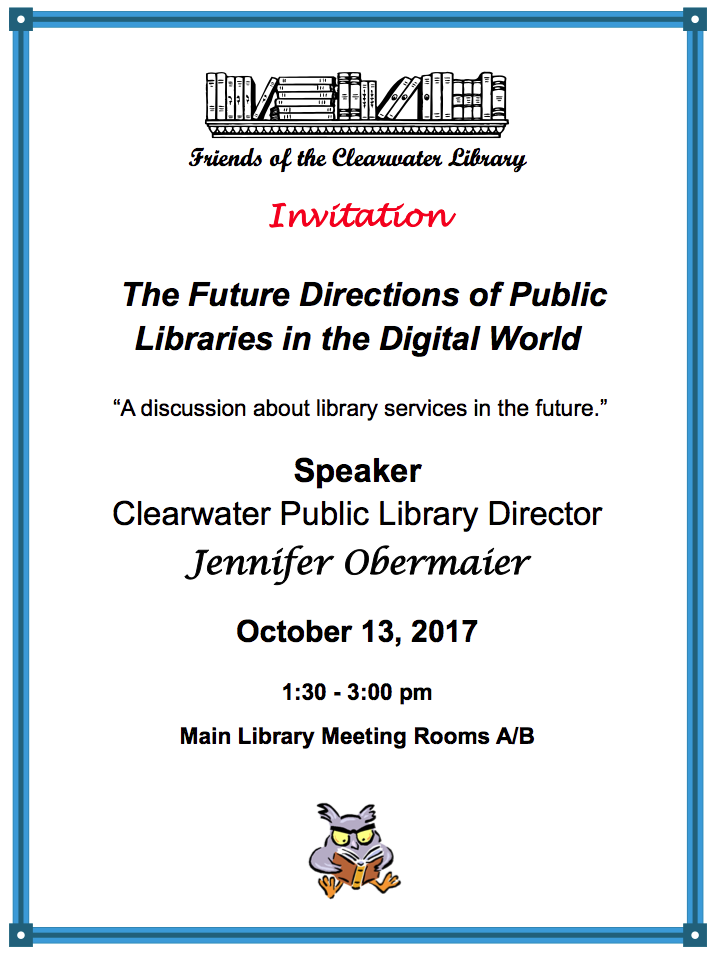 Everyone is doing a great job getting their properties back into good shape. Keep Piling up all that debris. The city is going to start coming around and picking up those big piles, possibly starting today. They will probably have to take a couple passes to get it all. And they will be sweeping up the streets again next week.

Keep up the good work, everyone!

Since everyone is busy cleaning up the entire island, we are going to cancel the volunteer project that was scheduled for this Saturday, September 16th at the Rec Center.